NEW DELHI:
Equity benchmarks Sensex and Nifty50 were trading higher on Monday on account of buying in frontline bluechip counters. 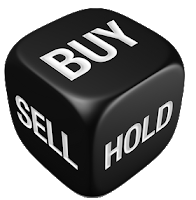 Markets collated a list of trading ideas from various experts and here's what they had recommended for today's afternoon trade:
Manas Jaiswal of manasjaiswal.com
Tata Steel is a 'Buy' call with a target price of Rs 540 and a stop loss of Rs 514.

Posted by Regrow Investment Research Advisor at 12:33 AM 2 comments:

Commodity as a Predetemined Way of Trading 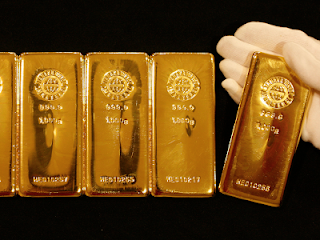 It can be beneficial for both seller or buyer like in case if the price of the commodity falls then it will be beneficial for the seller and in vice versa situation for the buyer. The commodity trading future has gained popularity at a very faster pace. Even a commission named commodity futures s Trading Commission has been established that provides various rules and regulations dealing with commodity futures trading. Every company dealing with futures trading has to comply with these rules and regulations in online Commodity Trading.

This trading has taken a position on the World Wide Web. Many companies provide easy access to people to engage in the trading activities within the click of their mouse. These companies along with easy access provide comprehensive features dealing with futures trading. One of the features provided by online commodity futures trading requires personal information of a customer. The companies also identify the margin amount which is required to be paid by the sponsor varying from commodity to commodity.

Therefore, the customers before availing facilities or entering into  futures  trading with any company must confirm that the company is complying by the rules and regulations made by commodity   futures  trading  Commission in this respect and there must be made such rules related to personal information so that it remains intact and cannot be misused or used for fraudulent purposes. The company must also adhere by the Personal Information Protection Act and various other laws made in the respect of protecting personal information. The customer should also be satisfied that all the terms and conditions are comprehensively told. Apart from this, all the futures trading risks and leverages provided under trading must also be explained exhaustively.

The significant feature of the company is that it has provided strict rules related to security of personal information of customers. this works all the days even on weekends for fixed hours, so that customer can avail the facility of the company without any obstruction.

For More Detail ------ https://www.regrowin.com/index.php
Posted by Regrow Investment Research Advisor at 4:33 AM 2 comments:

Strong rally likely in January series as long as Nifty trades above 10,800

The Nifty50 started off in the negative zone at the beginning of the week following global peers. However, strong recovery in the latter half helped Nifty close in positive after two sessions of losing streak.
On the daily chart, a piercing candlestick pattern has formed, which suggests a bullish reversal of the short trend. A long lower wick in the latest candle indicates strong demand around 10,500.
On the other hand, even after a strong recovery, the strength indicator RSI (14) remained in the bearish crossover which means the momentum is still bearish.
On the options front, maximum open interest position is visible in 11,000 CE (45.13Lakh shares) and 10,000 PE (53.31Lakh shares); whereas, significant writing at 10,500 PE (7.25Lakh shares) and at 10,600 PE (7.15Lakh shares) pushed the index upward for the day.
Going forward, 10,600 and 10,500 would act as crucial support for the falling Nifty. On the higher end, immediate resistance is visible at 10,770-10,800 where 200DMA is lying. Sustained trades above 10,800 may induce further strong rally in the market.
If you need more information about the Stock Market:
Visit: https://www.regrowin.com/
Call On TOLL FREE Number: 9669568408

Posted by Regrow Investment Research Advisor at 12:19 AM 1 comment:

The Indian rupee opened higher/lower at 70.05 per US dollar. This is an appreciation of 30 paise in the currency market.

The rupee tumbled by 29 paise to 70.35 against US dollar Thursday amid strengthening of the greenback even as crude oil prices eased.

Brokers said the US dollar firmed up against major global currencies following easing of tensions between the White House and the Fed, which calmed investors' nerves.

Progress in US-China trade negotiations and strong consumer spending data in the US added to the momentum, they added. 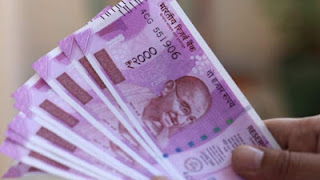 Posted by Regrow Investment Research Advisor at 8:22 PM No comments:

Equity benchmarks have given up morning gains and trading flat. The Nifty is around 10,750. 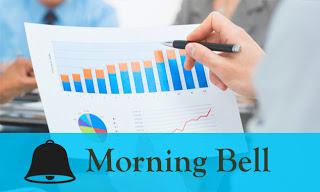 Gold and silver prices were trading in red in morning trade on Thursday the US Federal Reserve raised its key interest rate for the fourth time this year, and signalled more, but slower pace of rate hikes next year. 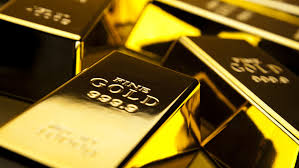 MCX Gold was trading 0.30 per cent down at Rs 31,132 per 10 gram at around 10.50 am (IST), while MCX Silver was down 0.91 per cent at Rs 37,338 per 1 kg at around the same time.
According to SMC Global Securities, gold on MCX may trade with a downside bias in the range of 30,900-31,250 taking negative cues from the international market. Silver on MCX Will possibly witness correction towards 37,200-37,100 levels.
The dollar index, which measures the greenback against a basket of six major currencies, was slightly weaker.
The Fed raised interest rates on Wednesday and noted that “some” rate hikes would be needed next year, a more aggressive stance than many expected.
To Get Free Trial on Commodity Market Tips, Mcx Trading Tips give
Missed call @9669568408
Visit = https://www.regrowin.com/freetrial.php
Posted by Regrow Investment Research Advisor at 11:03 PM No comments: 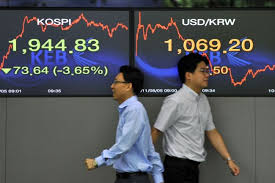 Asian share markets played second string to bonds on Wednesday as a spectacular fall in the price of oil spurred speculation the U.S.Federal Reserve might be done with tightening after its policy meeting later in the session. MSCI’s broadest index of Asia-Pacific shares outside Japan gained 0.4 percent, while Shanghai blue chips were flat. Japan’s Nikkei steadied after an early dip and E-Mini futures for the S&P 500 added 0.4 percent. Oil had stolen the show as a supply glut saw Brent shed almost 6 percent overnight. U.S. crude was last down another 13 cents at $46.11 a barrel, while Brent recouped just 4 cents to $56.30.
For More Information Please Visit : https://www.regrowin.com/ and Call : +91 966-9564808.
Posted by Regrow Investment Research Advisor at 8:37 PM No comments: